Our deepest condolences and heartfelt prayers go out for those families affected by the devastating conditions that has happened in Indonesia since the beginning of 2021. Amid the increasing daily positive case rate in Indonesia, Indonesia is facing several tests. Nine days into 2021, when the community was devastated by the fall of the Sriwijaya SJ 182 plane that took off from the airport in Jakarta to Pontianak and crashed in the waters of the Thousand Islands. Followed by several natural disasters, such as floods in South Kalimantan which hit 10 districts and according to President Jokowi, was the biggest flood in South Kalimantan since the last 50 years.

To support the evacuation and the search for victims and aircraft body parts of Sriwijaya Air SJ-182, since January 9 the Government has opened several evacuation posts, among others, which are centered at the ex JICT II Pier at Tanjung Priok Port where divers from the SAR Team and the Indonesian Navy conduct searches and discussion of findings with the National Transportation Safety Committee (KNKT). SGB collaborates with one of the major social organizations to send product assistance, Good Mood, water with natural goodness, to support all divers and officers at the post. 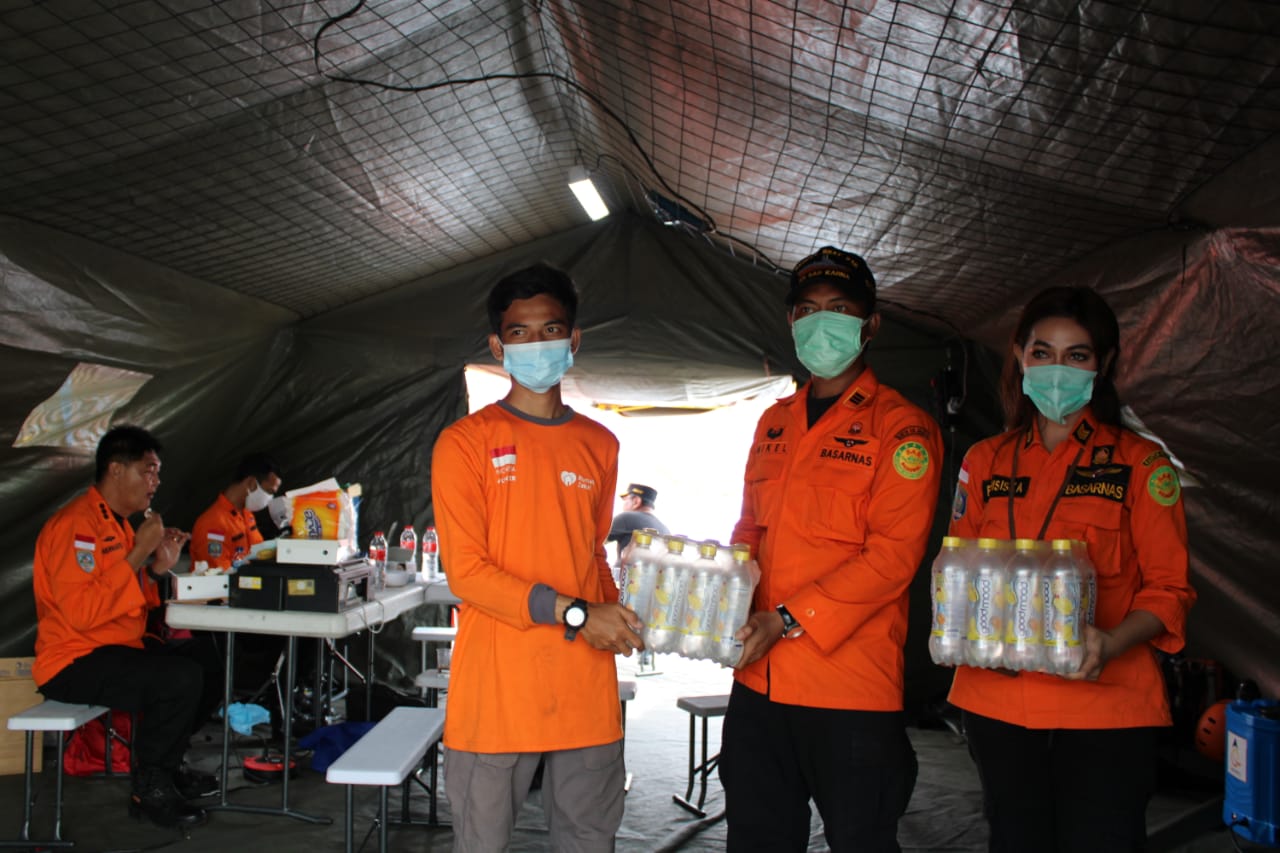 Meanwhile, to alleviate the suffering of flood victims in South Kalimantan, the Company provides support for employees affected by floods. The company also sends food aid to public kitchens that emergency opened near the factory for families who are affected and have to flee. In collaboration with the Mizuiku facilitator team in Banjarbaru, SGB employees also went directly to the refugees post for psychosocial activities and mentoring children through trauma healing classes with stories and games. The distribution of aid always pays attention to the implementation of the Health Protocol.

Following in the footsteps of our founder and our value, we are committed to giving back to the communities that support and inspire us. Let us pray together and hope for the recovery in Indonesia. Yatte Minahare, AGILE!